The difference between studying economics and economic history is simple. In the former you learn how markets work and how to work within markets. In economic history you study all the times that the markets failed to work, including the market crashes, depressions and panics. The latter are far more interesting.

When I was teaching economics I would throw in a discussion of a panic or depression just to keep the students awake.  A good financial panic can get and keep your attention in the same way that motorists will never fail to look at two cars parked along the side of the highway that have been involved in an accident.  The more damage to the cars, the more people just cannot look away.

I frequently discussed the Panic of 1893 because it was at the same time a relatively simple and complex affair.  It was the worst economic disaster in the US up to that time and it came at the end of a period of prosperity and expansion the likes of which the US had not previously seen.

The events that led up to the Panic of 1893 and the measures taken by the government to deal with it are all relevant today.  There was a lot being discussed back then that is still being discussed today.

A lot of people who favor crypto-currencies frequently tell me that our current financial system is flawed and doomed because of the crash in 2008. That our economy survived 1893 and was still around to crash in 2008 is an indication of the market’s resiliency.  The reforms that took  place in the century after 1893 only made the US financial system stronger.

During the period 1870-1890 the railroads opened the west and people moved onto the Great Plains.  Farmers, not the industrialists, were the foundation of the US economy and were apparently too busy farming to have children because the food supply actually grew faster than the population.  Wheat was the primary commodity and whether the farmers understood it or not, the price of wheat was very much determined by a global economy.

US farmers borrowed heavily to finance their own farming operations. As production went up, prices came down and the depressed prices made it difficult for them to pay back the banks that had lent them money.  The same was true of cotton farmers in the South. Cotton was a major cash crop both before and after the Civil War. By 1890 the price became depressed as growers in Egypt and India added more and more tonnage to the world markets.

Since the farmers could not sell their wheat or cotton, there was no need to ship it anywhere and railroad revenues also dried up. The Philadelphia and Reading Railroad went bankrupt as did the several other large railroads. All were big employers and unemployment started to climb.  Part of this was due to the fact that as the railroads had been building more and more track and added to capacity that outgrew their market.

A company called National United Cordage which made rope out of hemp also went bankrupt.  The company had sold bonds to finance its operation and used the money to try to corner the market on hemp.  National Cordage was the most actively traded stock on the New York Stock Exchange at the time until rumors that the company had over extended itself caused the lenders to call the bonds and the company collapsed.

As National Cordage and the railroads went under, the stock market became uneasy and crashed.  Somewhere in the neighborhood of 500 banks closed as did thousands of businesses and farms. Unemployment shot up.  By some counts as many as 50% of the able bodied men who had been working in factories in Ohio were out of work.

In 1890 there was a drought in Argentina which killed off the wheat crop. This should have been good for American farmers but was not, for reasons that few people saw coming.  Years later when there was a similar drought and famine in the Ukraine, Herbert Hoover engineered the purchase of wheat from US farmers and shipped it to Russia. That would have helped the farmers in 1893, but no one apparently had the foresight to come up with this solution until 30 years later.

The Argentinean farmers were largely financed by British and European banks. In order to obtain the investment, the banks in Argentina originally hired Baring Brothers, one of the oldest English merchant banks, to assist them.  When I was giving this lecture to my economics students in 1995-1996, Barings had just been put out of business by a single young trader on its derivatives desk in Singapore who had made huge bets with Baring’s money and lost.

Barings was a little smarter in the 1890s because at the same time it was steering its clients into Argentine bonds, it was also buying US treasury bonds which were backed by gold.  European investors, panicked by the losses in South America, began to cash in the US bonds and demand gold as repayment. Almost immediately the US gold reserves fell to 100 million ounces which, by law, they were not supposed to fall below. The government actually borrowed gold from JP Morgan to make up its deficit.

The US was in the midst of a decade long debate about fiat currency.  At the time, fiat meant anything that was not gold or convertible into gold. The primary alternative was silver and many economists disregarded it out of hand simply because it was not gold.  You can only imagine how an economist from in the 1890s would feel about Bitcoins as an alternative currency today.

In 1890 the Congress had passed the Sherman Silver Purchase Act which required the US to purchase silver from mines in Western states. The idea was to deflate that value of US currency so that farmers could re-pay banks with currency that was worth less than it was when they borrowed it.

This encouraged silver mining and an over-supply of silver which helped to reduce the price of silver in the marketplace. It actually got to the point where a $1 Morgan silver coin had only about $.60 worth of silver in it.

The Silver Purchase Act was passed in conjunction with the McKinley Tariff, a very protectionist law that caused taxes on imports to rise dramatically and prices on many common goods to increase.  Certain protected industries such as wool and tin plates did well but overall prices went up for ordinary consumers.

At the time tariffs were the primary source of tax revenue for the US Government because the income tax had not yet been enacted. Tariffs were taxes that impacted small people buying common goods and aided the rich industrialists whose businesses were protected.

One of the interesting things about the Panic of 1893 is that it happened very quickly.  The railroads filed for bankruptcy, the banks closed and the stock market crashed all in a period of about 10 weeks. It led to several years of a deep depression.

Just prior to the 1893 collapse there had been a growing Populist movement that supported an agrarian economy and chastised Eastern elites, banks, railroad interests and gold. The Panic should have helped their cause, but did not. The Populists won 5 states in the Presidential election of 1892 and 9 seats in the House of Representatives in 1894 but had largely faded away by the end of the decade.

Not much in the way of reforms came out of this Panic but it was not the last. The Federal Reserve Act followed the Panic of 1907 when a few hundred more banks failed and securities market regulation and the FDIC originated after the stock market crash in 1929.

What I personally find interesting is that the issues present in 1893, globalization of finance and trade, the over-extension of credit, over supply of commodities and services, droughts, tariffs and protectionism, fiat currency, railroads and transportation, Populism and regional politics and even hemp are still in the headlines and issues surrounding them still on the table.

The overriding lesson is that finance is about trust and value.  It took 100 years after this Panic and several subsequent panics until the phrase “irrational exuberance” entered the economic lexicon but that phrase only explained what we should already have known.  The best lesson of 1893: “Do not build what you cannot use. Do not borrow what you cannot re-pay”. 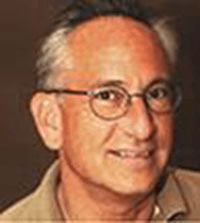